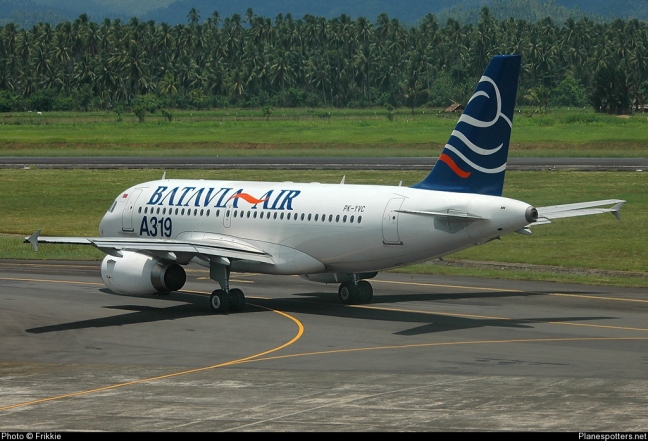 Batavia Air was founded by Mr. Yudiawan Tansari and started operational on 5th January 2002. It was started with a fleet comprised of one Fokker F28 and two Boeing 737-200 airplanes. The company was wholly owned by PT Metro Batavia with main Base in Sukarno Hatta International Airport.

Batavia Air, named after the colonial name of Indonesian capital city of Jakarta, is the first national airline company which operates Airbus A-319 since January 2006.

Presently Batavia Air operates more that 150 flights daily to 29 destinations in Indonesia and to Guangzhou in China and Kuching Malaysia. Batavia Air fleet comprised of 36 airplanes conisist of Boeing 737-200, 737-400, Airbus A-319 and Airbus A-320.

“Trust us To Fly” is the company motto which meant to inspire all of it’s crew to give their best service to you.

For ticket reservation to all destinations in Indonesia  as well as to Guangzhou and Kuching please contact:

or email us at: anugerahtt@sitohang.org